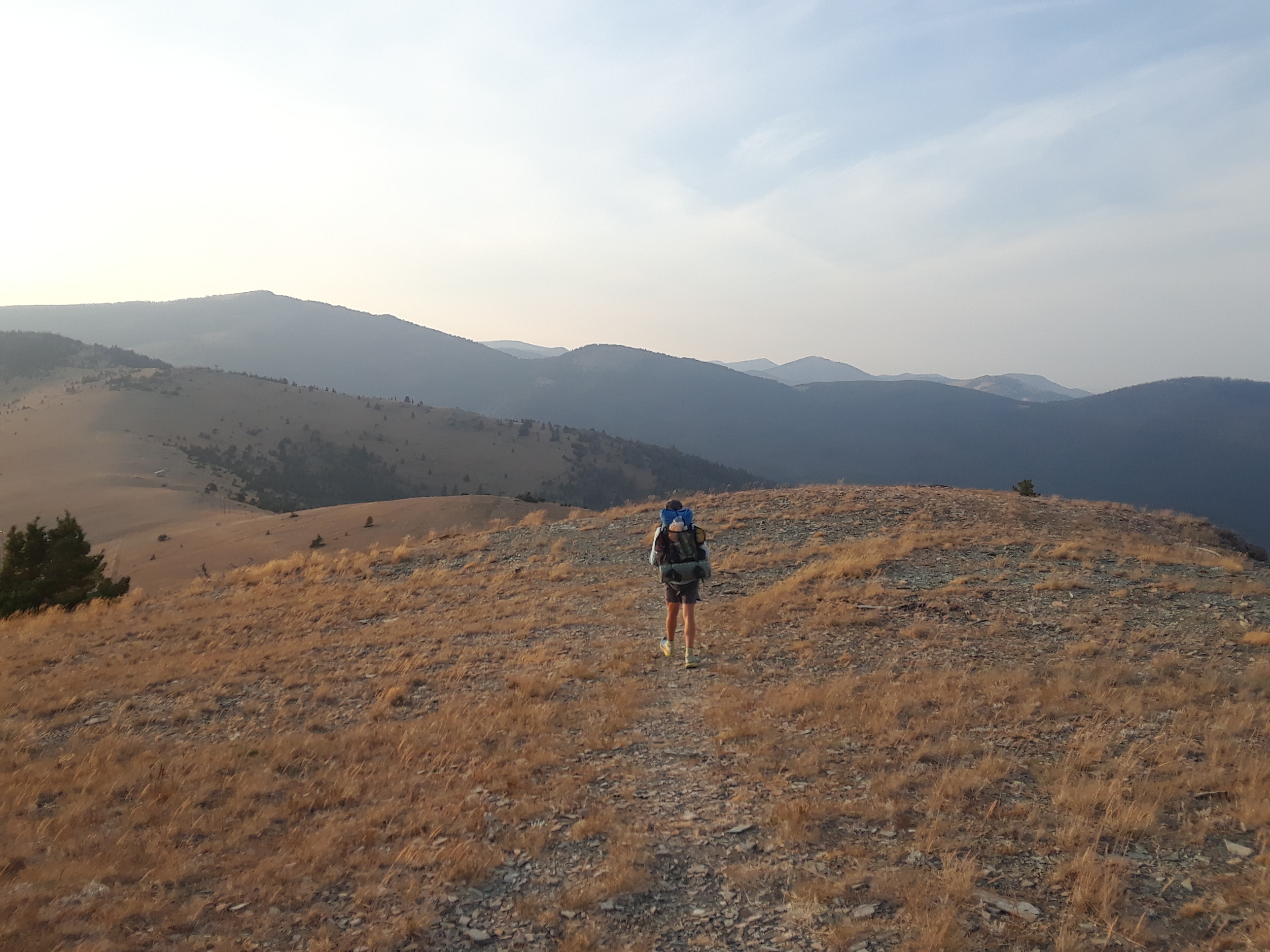 The first person we bump into in Lincoln is Wild Land, who has roadwalked to beat us there. We eat… or at least I try to. I manage half a bowl of soup and a few bites of salad before calling it quits. We find a spot at the RV park. I’m asleep at 6:30 - early even by hiker standards. 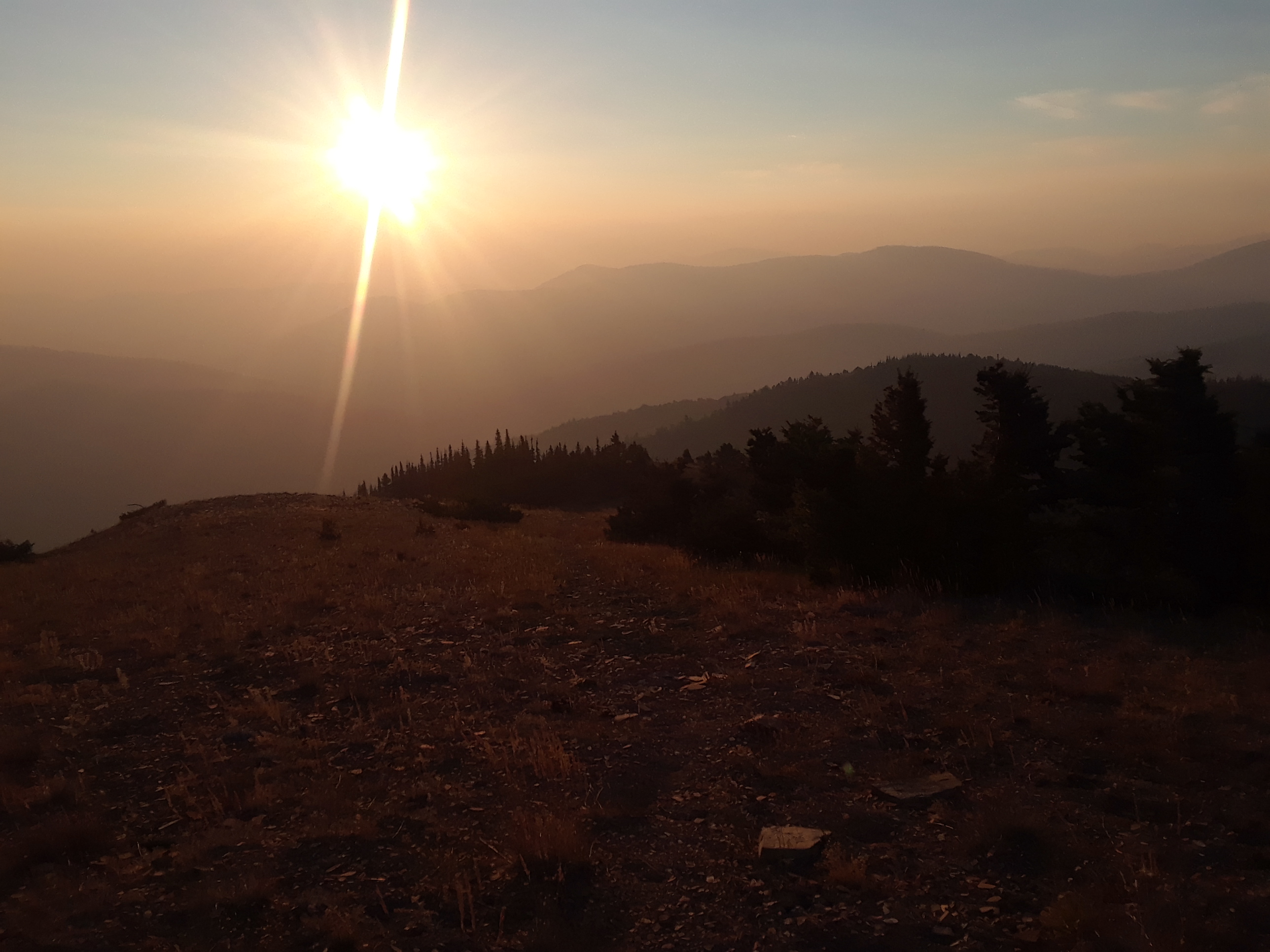 I eat a little more at breakfast, although Wild Land makes fun of my dead appetite. After, we move to the library for wifi and eclipse watching. There’s a woman’s sewing circle going on and they all instantly fall in love with Wild Land. Thatch benefits too as they throw food at us. I choke down some soup and lie down on a pile of thermarests in the shade. 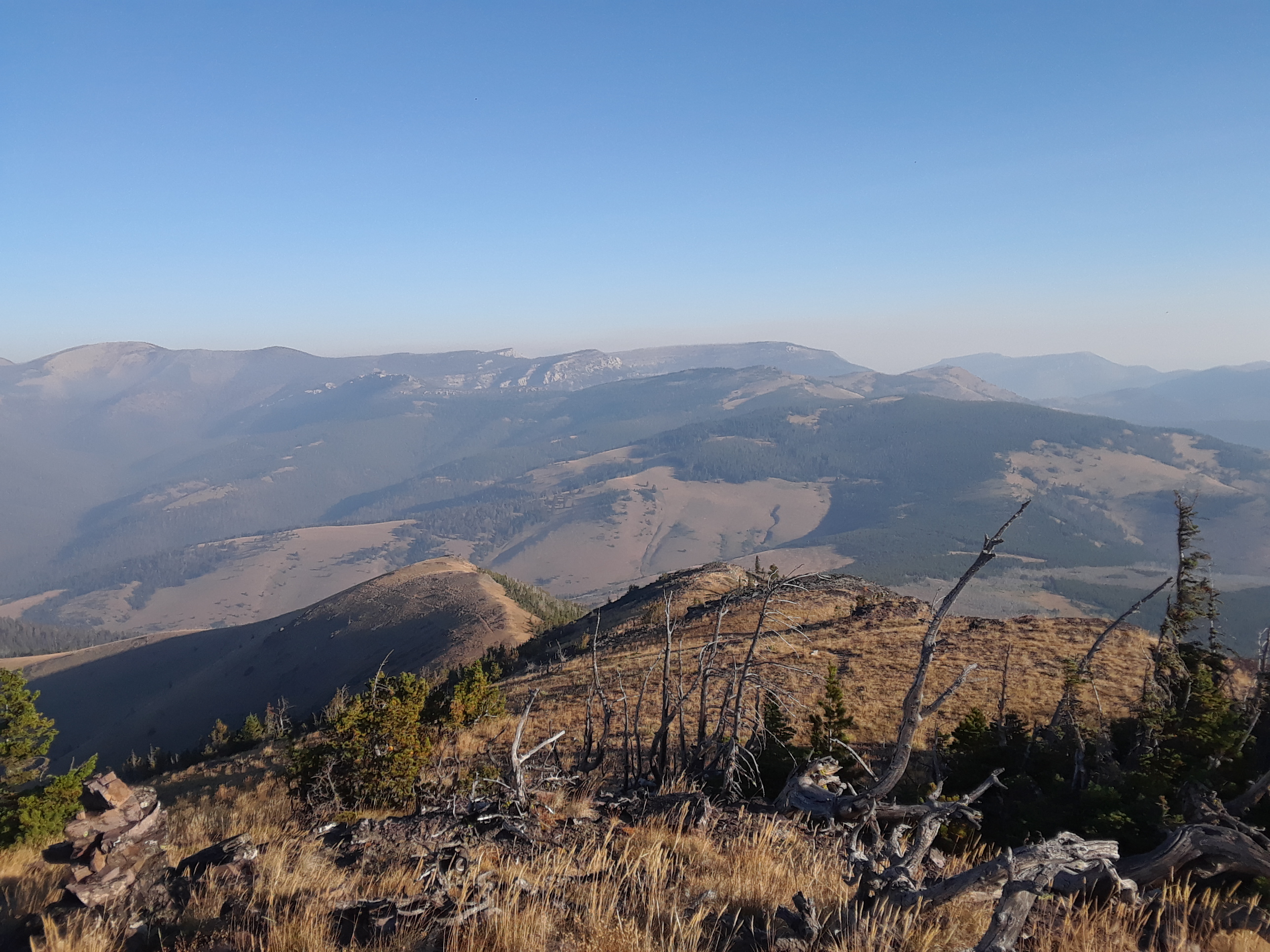 Thatch and I stand on the side of the road trying to hitch while Wild Land roadwalks to meet us further down trail. Our prospects for a ride don’t look good and I am gloomy. “The trail provides.” Thatch reminds me. It takes us an hour to hitch out and we only manage three miles before dark. I’m up before Thatch in the morning. He tells me he’ll catch me up. I don’t mind- I’m slow from being sick and I feel like being alone. I climb up, drop down and climb back up all day. 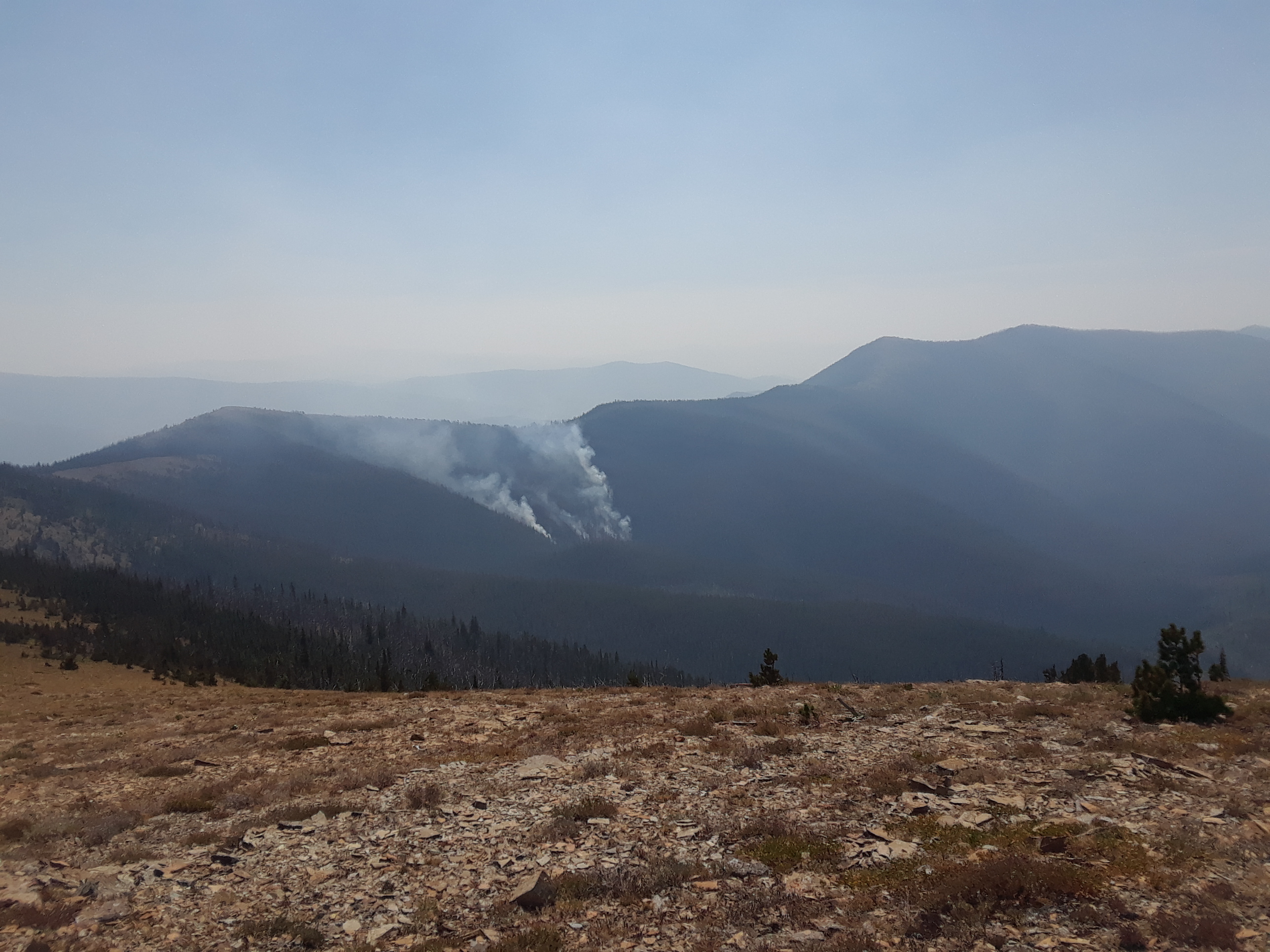 Before lunch, I pass a trailhead sign for Alice Creek. I know there’s a wildfire burning with that name, and as I crest a ridge I see smoke, and then flame. There are signs posted in the area- the trail is open, but there’s no camping allowed. A little further down, two firefighters watch their team fight the fire. They are just as curious about me as I am about them. I leave a message for Thatch with them and continue on. 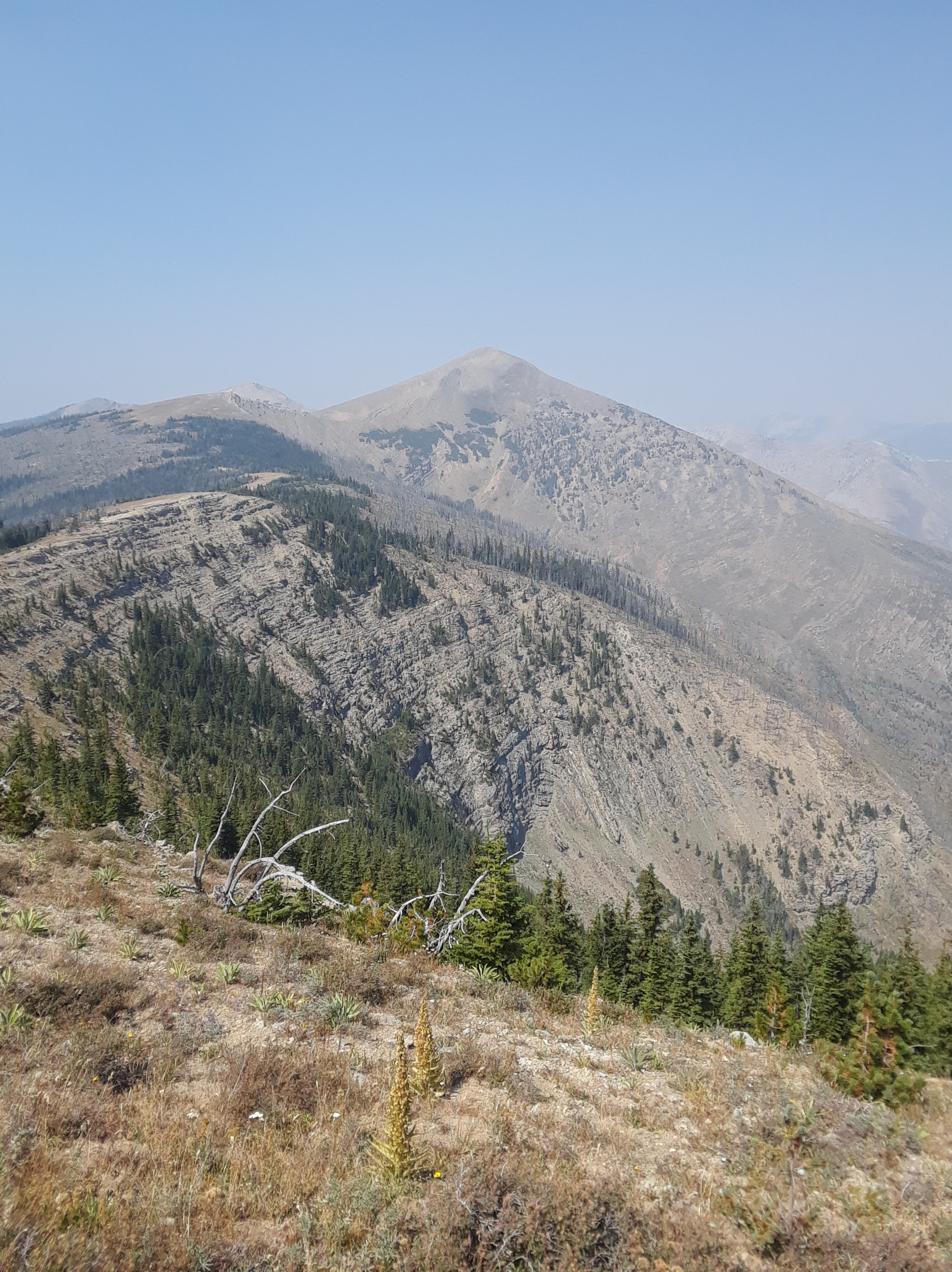 I climb up and then I’m on a ridge, the wind whipping my dirty hair, completely alone. I look out over the blue trees on one side and the brown peaks on the other and it hits me. I’m walking from Mexico to Canada on the CDT. And I’m almost done. I start to laugh, giddy with joy. 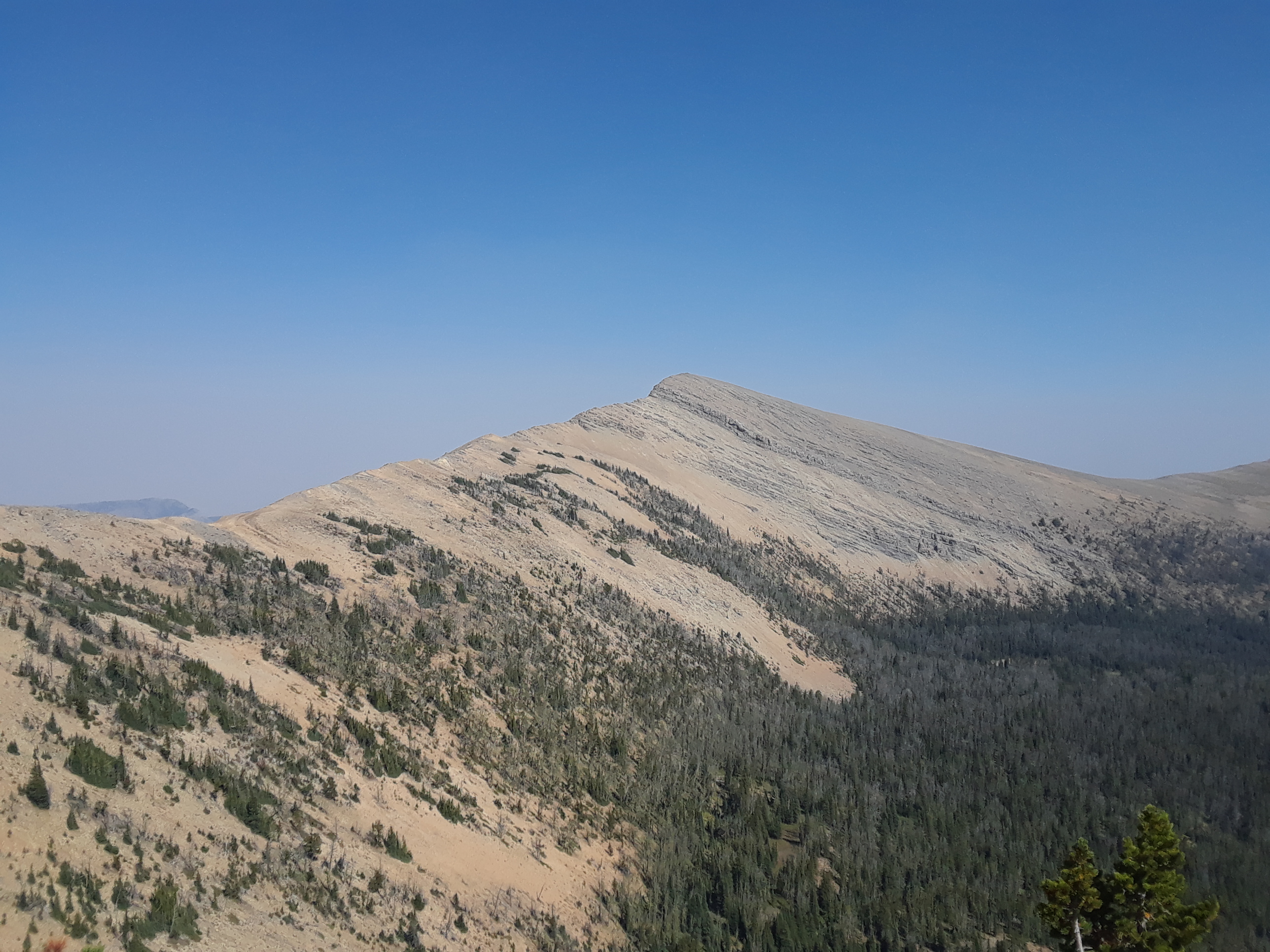 I meet Wild Land at the agreed spot, but there’s barely any water and I haven’t seen Thatch since camp. We lounge, waiting, but it’s getting late and it’s 5 miles to the next good camping with water. Feeling guilty, I leave a note for Thatch and off we go. The trail drops down and down, to the valley floor. We find a camp spot and ten minutes later, in rolls Thatch. The firefighters had told him he was three hours behind me, and he ran to catch up.

The boys are lazy in the morning, and I pack up and eat breakfast. I like being a little ahead of then, but not too far. Finally, there is movement and I head out. We leapfrog down the trail all morning, until I see Wild Land standing in the middle of the trail, pack off, not saying anything. I think he’s just taking a break until I see the bear spray in his hand. “What’s up?” I ask. He saw something biggish and brown crashing through the bushes. “Probably a deer.” I tell him, but I keep my spray out. He asks if me holding my spray means I’m going first. I roll my eyes, but I don’t mind. We run down river valley’s towards benchmark and our hitch to Augusta. I hike fast for the fun of it and when we reach the parking lot, Wild Land tells me we’ve done 10.5 miles in 2 hours 50 minutes. There’s no cars though, and the boys sit dejected. “We probably won’t get into town tonight.” Thatch says. “Not with that attitude!” I tell him. I want a cheeseburger, damnit! I rouse the boys and we hike over to the main road, where there is soon a smiling man holding a beer who happily stops for us. He hands Thatch and I beers of our own, and after three days of barely eating, I am nicely drunk by town.